Election time. Every four years our preferred primetime programming is interrupted by policy debates, town hall meetings and tours of Iowa, a state that I’m sure is grateful for elections otherwise they may never make the evening news. . . I digress.

Since my regularly-scheduled programs are being interrupted left and right, I figured the responsible thing to do is to watch some of these debates that major cable networks seem to find more important than Mitch and Cam’s marital shenanigans. So, I tune in.

Like a lot of Americans, my knee-jerk responses to the candidates were surface and shallow. Because I’m willing and able to humiliate myself in a pubic forum, I present said ‘first reactions’ for your reading pleasure:

Donald Trump: the billionaire. Since he has so much money, can we reduce taxes? Take one for the team, Donny.

Ben Carson: the doctor. Doctors are smart. He seems nice. The end.

Jeb Bush: mia familia. If nepotism were part of the electorate, he’d be a shoe-in. I hope he stops looking so worried and angry.

Marco Rubio: the Latino. He’s young and is probably a good dancer. (I didn’t say these thoughts were PC, y’all.)

Mike Huckabee: um. Didn’t they make a movie about his family? I Heart Huckabees, right? Mark Wahlberg was in that. Marky Mark. Donny. NKOTB. (I’ll admit, this one got a little long. I think it finally ended with wanting a turkey sandwich for lunch. Weird.)

Carly Fiorina: the namesake. Ok, few of you had this response because your name isn’t the same as hers but grant me a little latitude. How could I not trust someone with my name? Easy. I don’t. It’s my name. This makes her a thief. Um, let’s try that one again:

Carly Fiorina: the girl. Every battle needs one. And maybe if she wins, she and Hillary will arm wrestle at some point. That would be funny. Imagine the memes.
Rand Paul: the tree hugger. At least compared to these other folks, he seems like that. Like maybe he hikes mountain ranges in his free time.

Ted Cruz: the Cruz. He has the best last name. Think of all of the theme-song possibilities. I hope he makes t-shirts that say “Cruzin. . .”

Hillary Clinton: the repeat. She won’t go away until we elect her. What would they call her husband if she wins? The First Man? I’ll be she keeps a tight leash on him in the White House.

Bernie Sanders: the grandpa. The loud grandpa that complains and then sleeps at Thanksgiving. He’s passionate. But that passion frightens children so. . .

Because I could see the error of my ways (there had to be more to these fine folks than this!), I decided to get involved and see who I should back for president. So, I did what normal people do and turned to the internet to take a test.

I found my quiz on a political website called isidewith.org. The quiz offers up an array of questions about policies from foreign affairs to education, has you respond not only with your position but also a ranking of how important the individual topic is to you as a voter, and finally spits out percentage rankings of how frequently you agree with each candidate. I found the quiz to be fair in the way that it approached political policy and the way it drilled down on each topic, but I’m not CNN so take that for what it’s worth.

Important side note: The quiz offers baseline questions for each ‘debate’ topic but you also have the ability to answer additional questions under each topic heading, which I did. It also offers responses beyond the three or four basic viewpoints on the question. Just click the ‘other’ button and five or six additional opinion statements appear that you can also select. I did these additional steps to ensure that I was really getting down to brass tax. You know, because I’m so into politics.

Are you ready for the results? Well, at the risk of (again) humiliating myself, here they are:

85% of the time I side with DONALD TRUMP. What the . . .? I mean, I know that I’m a little more into TMZ than most people but I side with the Donald?!? Whaaaaa?

I tell you this for a couple of important reasons, none of which include endless mocking or torment from my constituents. (That’s a fancy political term for ‘my peeps’. You see, you can learn things by watching these debates.)

First, this result was unexpected. I knew I was conservative and I knew that Donald was as well. But I didn’t think he would lead the pack. In my mind, I thought I lined up perfectly with Marco Rubio because I found myself nodding each time he spoke. Apparently, the candidates don’t actually say everything they believe in these debates, just what they think will help their appearance. Weird, huh? Well, to my shock and awe, Donny beat you out, Marco. Apparently your Cuban rhythm is going to have to try a little harder to get me.

Take away: just because you think you agree with a candidate doesn’t mean you actually do. Particularly on topics that mean more to you than the average bear. If education is a big deal for you, you had better know which candidates support the Department of Education, standardized testing and CORE math, and whether or not you agree with them. If not, you could sign your own death warrant.

Second, it’s important to note that not only did I agree 85% of the time with Trump, but I agreed that often with Huckabee but on slightly different topics. So those Huckabee supporters that are running around calling Trump a buffoon better know that actually, he agrees with your guy on most things. Monkey see, monkey do.

Take away: first, Huckabee wasn’t even on my radar. He was out of touch . . . apparently with everyone else and agrees with me so much that he could be a blood relative. I better take another look. Second, there isn’t that much separating the front-runners in regard to their policy. In fact, I sided with all of the GOP candidates over 60% of the time and even agreed with the democrats more than 50% of the time. What does this tell us? There are some issues that everyone agrees on. What do we call that? Common sense. Welcome back, ‘Merica.

Lastly, and this is important, the office of president isn’t all about policy. I’ll admit that while I side with Trump politically, I question his sometimes brash demeanor and wonder how four years of that would go over with the rest of the free world. I also sometimes secretly (now publicly) like that he says what he means and makes no apologies. Do I like it often enough to give him my vote? The jury is still out.

Take away: there is more to an election that just policy. In fact, if you watch the debates closely, you’ll see that there is a lot more agreement within the parties than disparity. The really adversity comes when the media/moderator starts asking about previous stances and actions by the candidates, to which they get defensive and sometimes loud. Take a look at policy closely – there are small nuances that could make a huge difference on topics you care about. But also step back and look at character, demeanor and core values that may or may not be issues of policy – while they won’t be on paper, they will make a difference when they are Commander-in-Chief.

Voting is a right. But voting is also a privilege. And I would be amiss if I didn’t quote a great movie of our time in saying “with great privilege comes great responsibility.” (First person to name that movie on my Facebook page under the post about this blog will get a free autographed copy of my book, “Peas are Gross: and other important insights about life”. Just in time for Christmas, y’all!)

Take the responsibility, friends. Or at least take the quiz.

The isidewith political quiz can be taken here.

And because it’s my blog and I do what I want, you can purchase multiple copies of my debut book here.

And if you decide to take the quiz, share your results on my FB page here. 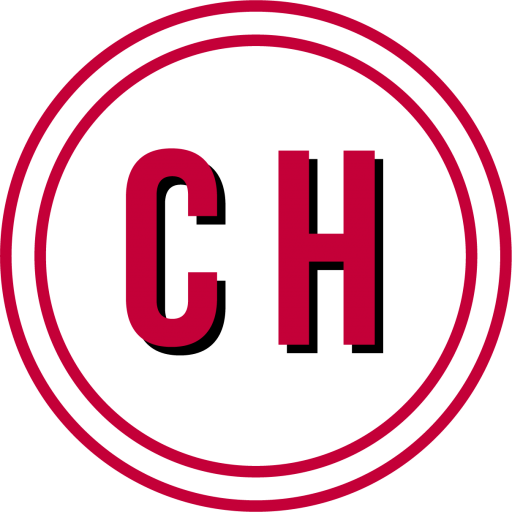